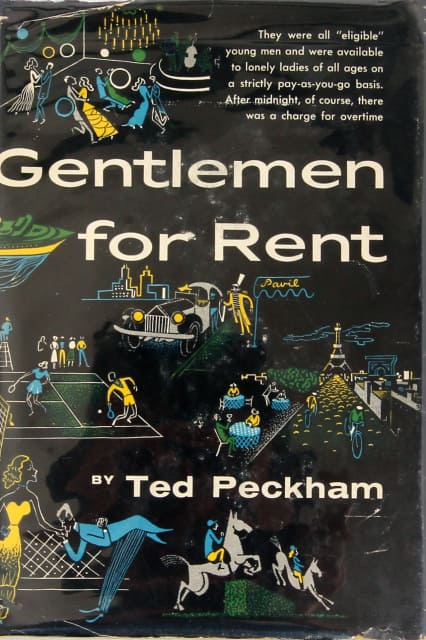 Peckham, Ted. Gentlemen for Rent. First Edition. 1955. Book is in very good condition; dust jacket is good minus condition—jacket shows chips and fraying but has been made attractive with facsimile underlay.

Ted Peckham is an example of how café society changed all the rules. His room at a Manhattan YMCA would never have admitted him into Mrs. Astor’s ballroom, but, when combined with impeccable grooming, it was a perfectly acceptable entrée to the Stork Club and El Morocco. In this stranger-than-fiction memoir, he relates how he became the toast of 1930s New York as operator of a high-end male escort service, with branches in Hollywood and London. What’s more, he first ran it from an office at the New York Times.

"Regardless of their superiority, women still haven't advanced to the position where they can entirely eliminate men from their lives."