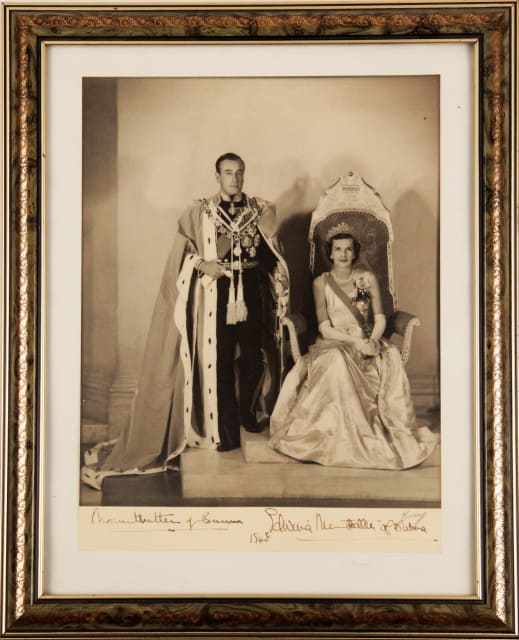 Signed Photograph, of Earl and Countess Mountbatten of Burma. Gelatin Silver Print. 11 x 8 7/8. Photograph is in its original frame. Photo is signed by both Mountbattens and dated 1948. It is in very good condition.

This item comes directly from the widow of Dharam Prakash Berry, an architect who conducted survey work on Teen Murti Bhavan, the official residence of Indian Prime Minister Jawaharlal Nehru, in the early 1960s. It was hanging on the wall of the palace when Berry expressed admiration for it. Nehru responded by presenting it to Berry as a gift. It is a remarkable provenance under any circumstance, but even more so, considering that the Mountbattens were the final Viceroy and Vicereine of India and close with the Prime Minister.