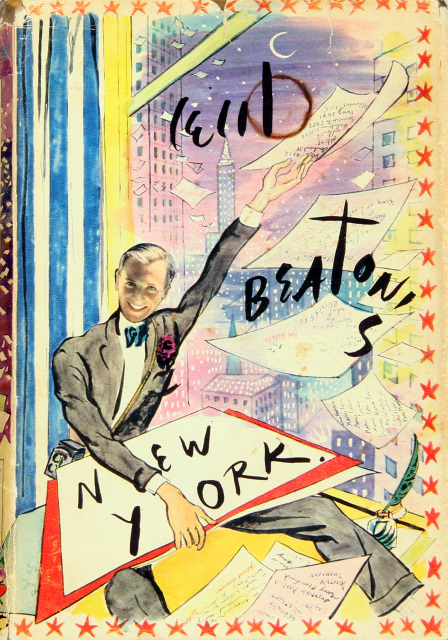 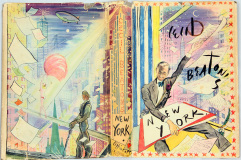 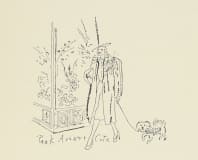 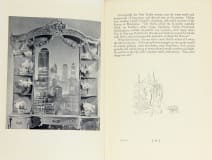 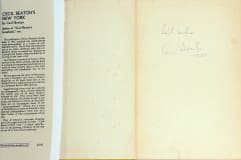 [Signed] Beaton, Cecil. Cecil Beaton’s New York. First American Edition. 1938. Book and dust jacket are both in very good minus condition—book shows mild discoloration to covers and endpapers, and jacket shows, a hollow circular stain to the upper front cover, a chip to the upper spine and a few minor tears to the back cover. It is signed “Best wishes, Cecil Beaton” on the flyleaf.

What is sometimes forgotten about Cecil Beaton is that he was a first-rate journalist. His meticulous photographer’s eye translated easily to the page. But, post-World War II (or definitely post-Garbo), he became an adult, and thereby grew out of the boundless enthusiasm that characterized his youth. In early work, such as this, he has mastered dialogue and nuance but has not yet conquered his enthusiasm. The energy and excitement of Art Deco New York practically leap from the page. The book is decorated with drawings and photographs (also by Beaton) and includes chapters on fashion, society, theatre, music, etc.

“The beauty of London lies hidden in lonely squares, in unexpected corners of the City . . .But New York is seen at its best in the distance.”​