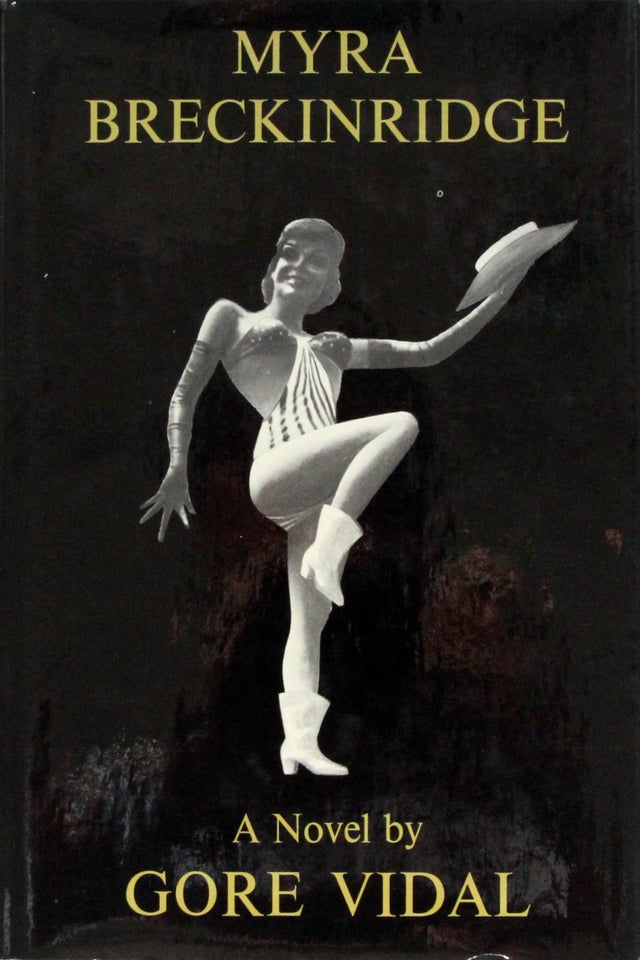 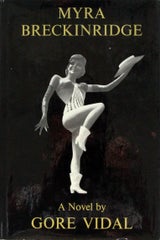 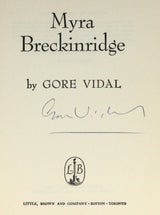 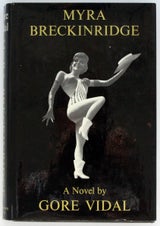 [Signed] Vidal, Gore. Myra Breckinridge. Second Printing. 1968. Book is in good plus condition; dust jacket is in very good minus condition—there are occasional dirt spots on the pages. It is signed “Gore Vidal” on the title page.

Spoiler alert: the title character in this bestselling novel (that was also Gore Vidal’s most critically acclaimed) began life as Myron Breckinridge. It was the first novel by an American publisher (Little, Brown) to feature a transgender protagonist, and it created quite a stir in late 1960s America. It would have been unthinkable for a mainstream publisher to have a released it even half a decade earlier, and after first receiving the manuscript, it was unclear if the publisher (Little, Brown) would in 1968. They did and were handsomely rewarded in both short-term profits and in long-term critical acclaim. Were it first published today, its themes of sexual domination, would run it afoul of the #MeToo movement (a potential controversy that Vidal would have taken on with great relish). Though gender identity is the principal theme, the book is an homage to the Hollywood films of 1935-1945, an era that Myra (Vidal) considers the apogee the film industry and the basis of American mythology.

“On the one hand, I am intellectually devoted to the idea of the old America. I believe in justice, I want redress for all wrongs done, I want the good life—if such a thing exists—accessible to all. Yet, emotionally, I would be only too happy to become world dictator …”