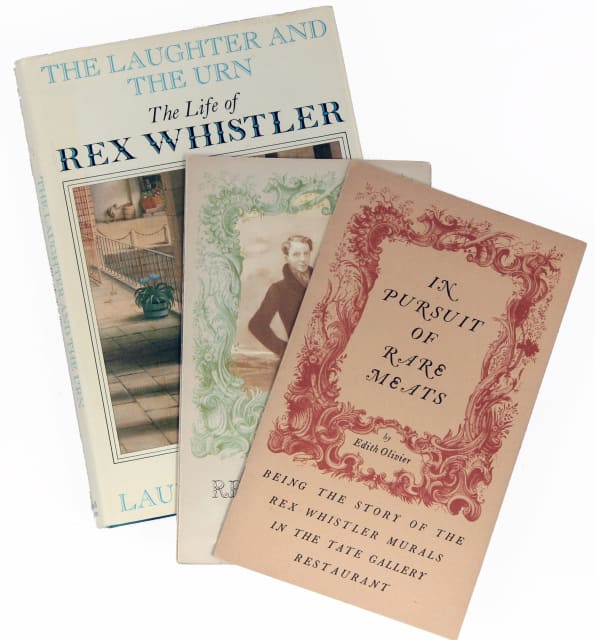 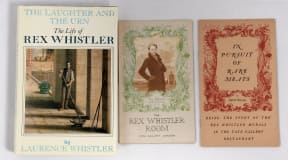 Rex Whistler, Set of 3. Books are in very good minus condition. Set includes the hardcover biography about Rex Whistler written by his brother, as well as two pamphlets relating to his famous mural The Expedition in Pursuit of Rare Meats, which is located in the Whistler Restaurant at London’s Tate Gallery.

Whistler. Laurence. The Laughter and the Urn, The Life of Rex Whistler. First Edition. 1985. This biography includes photographic plates depicting Rex Whistler’s work. The Rex Whistler Room, Tate Gallery London. This accordion-style pamphlet opens up into one long sheet with the entire mural reproduced in full color. Includes commentary. Olivier, Edith. In Pursuit of Rare Meets, Being the Story of the Rex Whistler Murals in the Tate Gallery. This is a fictional backstory of the action transpiring in the mural.