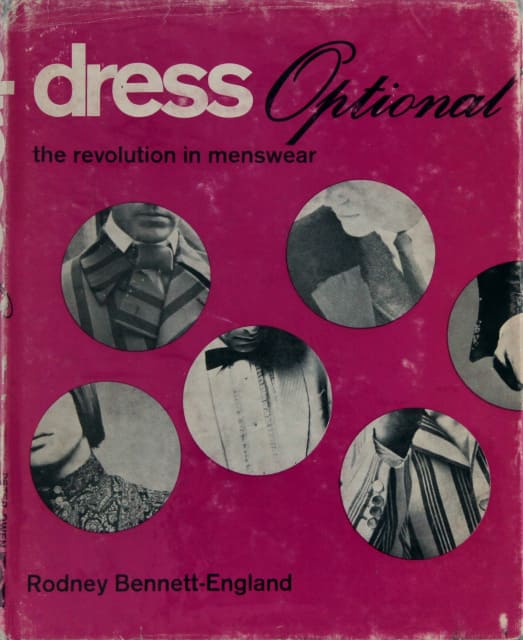 Dress Optional, The Revolution in Menswear

Bennett-England, Rodney. Dress Optional, The Revolution in Menswear. First Edition. 1967. Book is in very good condition; dust jacket is in good condition—the jacket on this book rarely wears well, and this copy is no exception—it shows heavy rubbing.

Believe mini-skirts made their first appearance in the 1960s? Think again. Mini-togas were all the rage for Roman men two millennia earlier. That is only one of many particulars covered in this book that predicts where men’s fashion is headed by reviewing how and why it arrived. The author, the first fashion columnist devoted exclusively to menswear, declares everything old becomes new again, but then goes on to predict radical changes in the way men dress, many of which came to pass. Mostly text, with occasional b & w illustration. Uncommon.