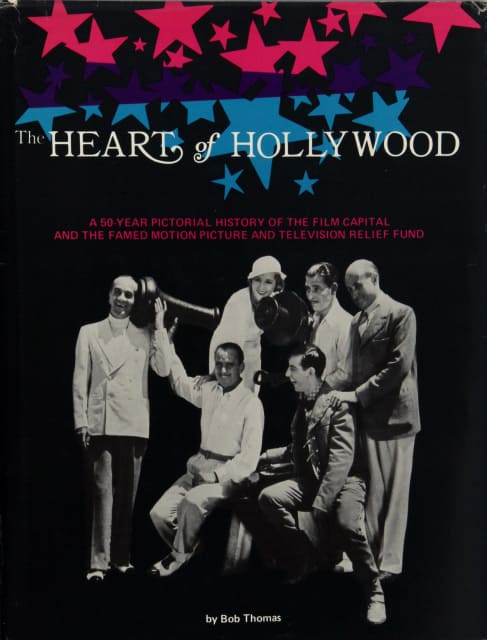 The Heart of Hollywood, Cecil B. DeMille Bookplate

This book is arranged scrapbook style and is mostly b & w photos with some text. It commemorates fifty years of the Motion Picture and Television Relief Fund. It is a social history of Hollywood, depicting film stars supporting the war effort, celebrating Franklin Delano Roosevelt’s birthday at the White House, attending an Assistance League skating party, appearing at the Screen Producer Guild tribute to Cecil B. De Mille, etc. The DeMille bookplate in this copy is a mystery, because his 1959 death predates the publication of this book.

“The first Hollywood studio was established early in 1911 by David Horsley, who leased the northeast corner of Gower Avenue and Sunset Boulevard for the Nestor Company.”