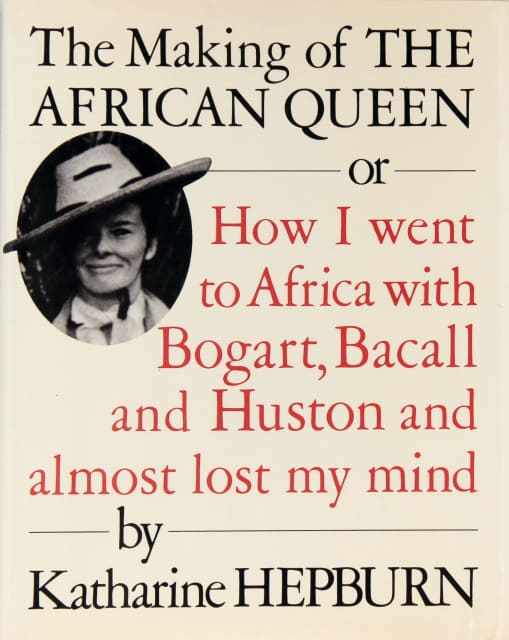 SKU:
$300.00
$300.00
Unavailable
per item
[Signed] Hepburn, Katharine. The Making of The African Queen or How I Went to Africa with Bogart, Bacall and Huston and Almost Lost My Mind. First Edition. 1987. It is signed “Katharine Hepburn” on the half title page.

Hepburn’s title aptly conveys the flavor of this highly personal and conversational memoir. It is clearly written in Hepburn’s voice—no ghostwriter here. Old Hollywood from start to finish, the tale begins in Irene Selznick’s Beverly Hills home with a telephone call from Sam Spiegel, unfolds in the jungles of Zaire with the hard-drinking Bogart and Huston, and concludes back in Los Angeles at the Oscars ceremony in which Bogart wins the Best Actor award.


“[Africa] is a like a great sponge—it finally absorbs you. Eventually you will get malaria or you will get dysentery and whatever you do, if you don’t keep doing it, the jungle will grow over you.”