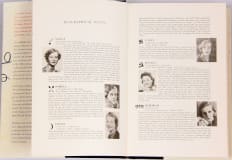 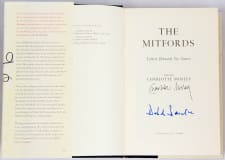 Letters Between Six Sisters, Signed by Duchess of Devonshire

John Betjeman might have loved the Mitford girls for their sins, but history will remember them for their correspondence skills. How fortunate the 20th Century was to have the intelligent and lively Mitford sisters to record its twists and turns, with letters beginning in 1925 and not ending until 2003. All six were gifted writers with distinct points of view. Moreover, they were on intimate terms with Churchill, Kennedy, and many others who shaped their era. A copy signed by the last surviving sister is a great find.