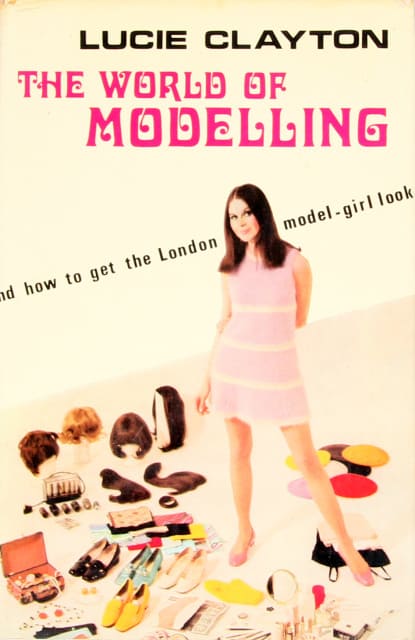 Lucie Clayton, The World of Modelling

Clayton, Lucie. The World of Modelling and How to Get the London Model-Girl Look. First Edition. 1968. Book is in good plus condition; dust jacket is in very good minus condition—book shows staining to the page edges, and jacket shows light fraying.

Paris might be the fashion capital, but the epicenter of the 1960s youthquake was London. Glamorous models with “eyes as big as moons” became as well known as the designers who employed them. Lucie Clayton was frequently their agent, and her client list included Jean Shrimpton, Fiona Campbell-Walter (later Baroness Thyssen), and Joanna Lumley. In this book, she comments on the models and the scene and offers modeling and fashion tips. Since NHL began selling this title several years ago, supply has plummeted.

“Don’t ever be afraid of simplicity. I know that to anyone under twenty it’s vital to be noticeable, but you can be so noticeable that, like the noonday sun, you can drive people away into the shade—someone else’s shade.”