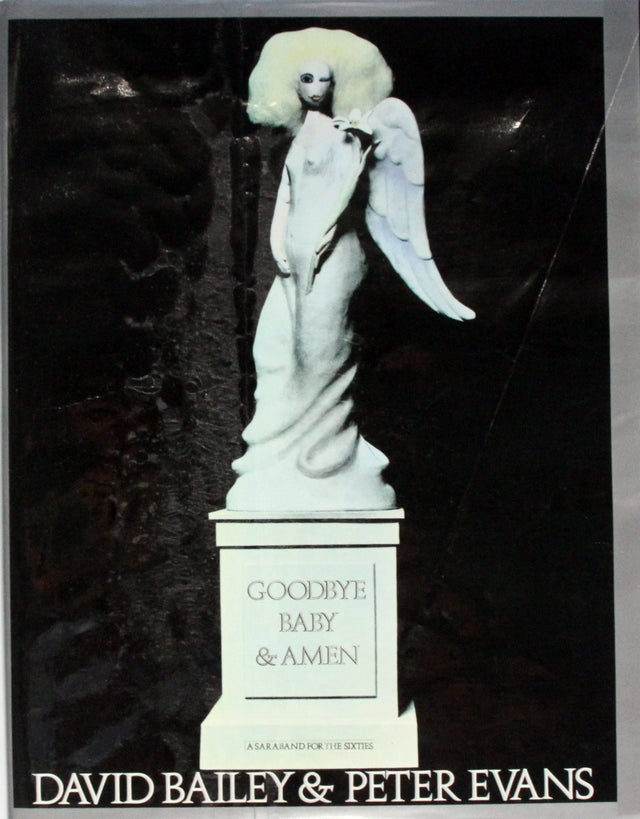 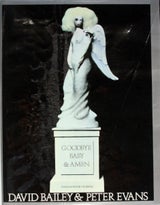 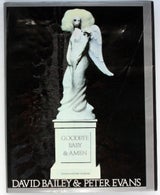 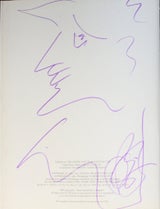 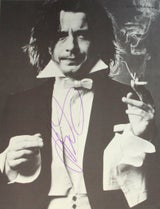 [Signed and with Original Drawing by David Bailey; Also Signed by Lord Snowdon and Penelope Tree] Bailey, David. Goodbye Baby and Amen, A Saraband for the Sixties. First Edition. 1969. Book is in very good condition; dust jacket is in very good minus condition. This copy is ex libris the British Vogue library (stamped as such on the flyleaf). It contains a two-page spread original drawing by David Bailey of a man in profile glancing towards Mickey Mouse. It is inscribed, “Roo & Sarah, Thank you for buying this book.” On the next page it is signed by Bailey below his self-portrait. He has signed again on the page in the book of his portrait by Patrick Lichfield. Two of the book’s subjects have also signed on the pages in which they appear. The Earl of Snowden signed, “Luv Tony.” Penelope Tree, Bailey’s then-muse and model, signed with a lengthy inscription and a drawing.

The Los Angeles Times summed it up best. Whereas David Bailey (as much as anyone) created the “swinging sixties,” it is only fitting that by publishing this book, he “helped bury” that transformative and momentous era. Released in 1969, it perfectly encapsulates a decade that had not yet officially ended (an exception to the rule that only hindsight is 20/20). Bailey supplied the photographs, many of which first appeared in British Vogue. Peter Evans’ text is in perfect accord with the photos, and it includes an appendix with a cast of characters. This is a gorgeous, well-produced book that has withstood the test of time, and with its multiple signatures and an original drawing by David Bailey, this copy is a singular example of it.

“Fashion in the Sixties was often doing the wrong thing at the right time, being just out of step.”