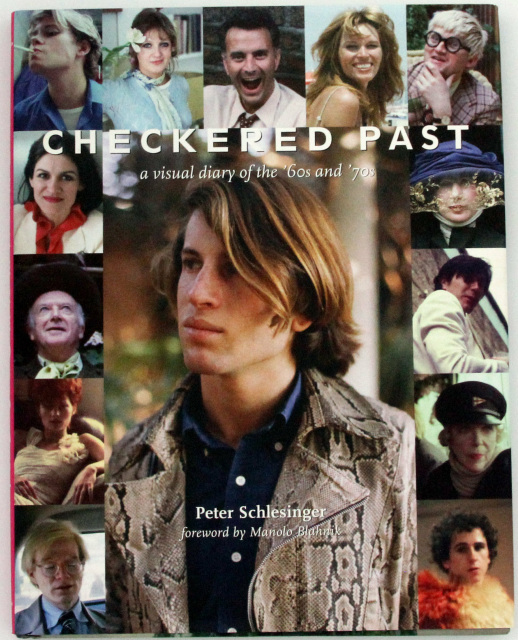 Checkered Past, Signed to Jack Larson

[Signed Presentation to Jack Larson] Schlesinger, Peter. Checkered Past, A Visual Diary of the ‘60s and ‘70s. First Edition. 2003. Foreword by Manolo Blahnik. It is warmly inscribed, “For Jack, with all of my love, Peter.”

How does one travel from Kansas to Oz? Peter Schlesinger’s mode of transport was a college art class taught by David Hockney. He quickly became Hockney’s romantic interest and muse. The couple moved to London in the late 1960s and dove into the scene there in which retro Victorian long coats mixed happily with Space Age silver miniskirts. Schlesinger meticulously recorded his experiences into the photo albums, which he consolidated into this book. He calls the albums a visual diary of his life, but, given that his intimates were the leading tastemakers of the era (Cecil Beaton, Ossie Clark, Wayne Sleep, Billy McCarty-Cooper, Tina Chow), it is a visual diary of an entire generation. Jack Larson, to whom this copy is inscribed, was part of an eclectic West Coast circle that also included Christopher Isherwood and David Hockney. Larsen is featured on page 15 of the book.

“My horizon quickly expanded as I was introduced to David Hockney’s large circle of friends. The poet Jack Larson, who wrote librettos for Virgil Thomson, had played Jimmy Olsen in the Superman TV series, and he lived with James Bridges, the movie director, in a diminutive Frank Lloyd Wright house in Los Angeles, which they had rescued from orange linoleum and a leaking roof.”