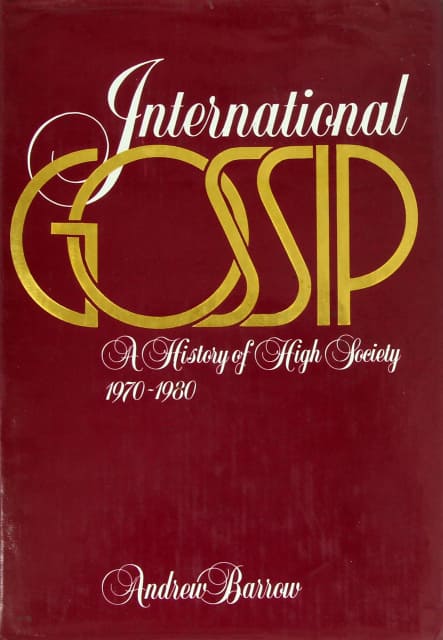 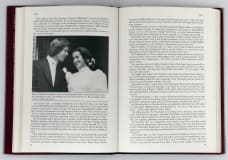 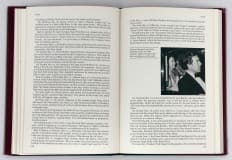 This is Barrow’s sequel to his successful Gossip, 1920 to 1970. That earlier volume focused mainly on the day-to day social happenings in London. This one, however, acknowledges the impact of the passenger jet on society. It moves about the world, with emphasis on not only Europe but New York and California as well. Its chronological format leaves some entries open-ended, but many conclusions are reached by 1980. Cast of characters includes Aristotle and Jacqueline Onassis, Elizabeth Taylor, Princess Margaret, Mick Jagger, Andy Warhol, and many others.

“Elizabeth Taylor flew into London from Tehran in a cheerful mood. Skipping and dancing in white trouser suit at Heathrow, she said, ‘It’s great to be a single girl. I have no future plans at all.”