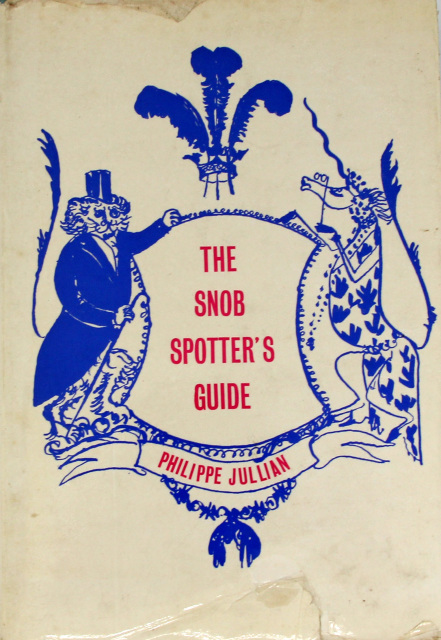 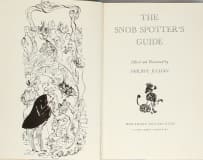 Jullian, Philippe (ed.). The Snob Spotter’s Guide. First Edition. 1958. Book is in good plus condition; dust jacket is in good condition—pages show mild foxing but do have scent of mildew; jacket shows discoloration, chips, and repaired tears. This condition of this title is usually not great, but its content and illustrations make up for what it lacks in condition.

What is snobbery? This A to Z book attempts to define it in its many permutations, with contributions from a rogue’s gallery of reputed snobs, including Cecil Beaton, Lord Kinross, Violent Trefusis, and Loelia, Duchess of Westminster. The definition varies depending on the contributor, but in general, the gist is that snobbery resembles light. It is both particle and wave, and it is everywhere. The text is clever and amusing, and Jullian’s frequent illustrations are divine. Scarce.

“People are no sooner herded into a mass than they think themselves in Society.”