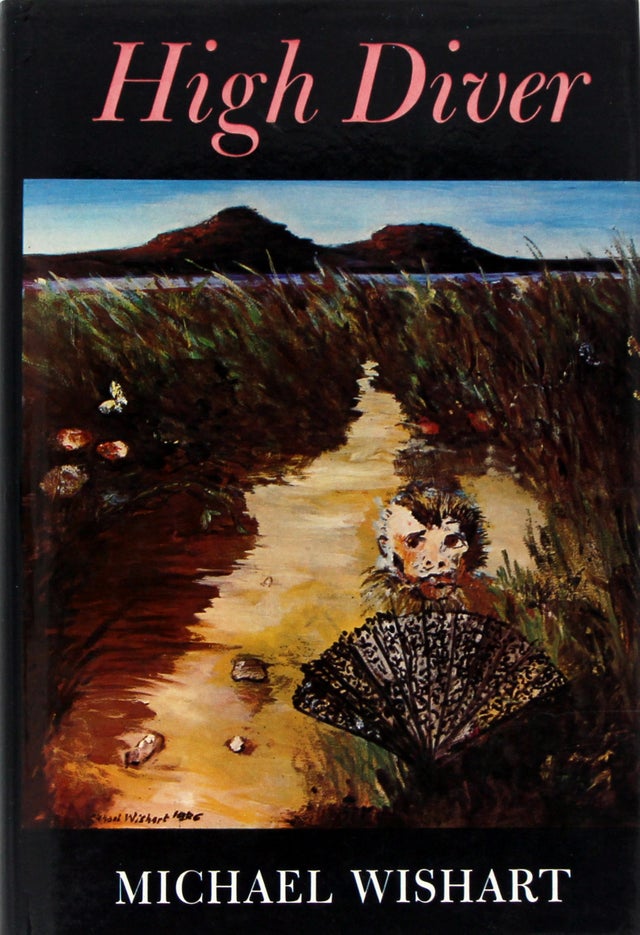 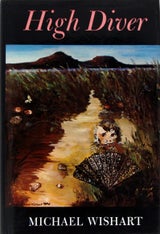 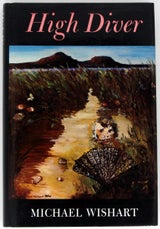 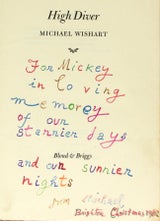 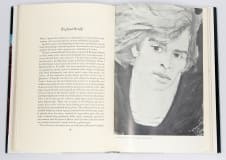 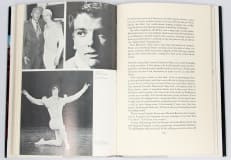 [Signed Presentation] Wishart, Michael. High Diver. First Edition. 1977. Book and dust jacket are both in very good condition. Book is warmly inscribed in colorful felt-tip pen, “For Mickey, in loving memory of our starrier days and our sunnier nights, from Michael, Brighton, Christmas 1982.”

Michael Wishart took the art world by storm with his 1956 show at the Redfern Gallery. Artistically, it proved to be his much-too-early apogee. The art critic David Sylvester praised Wishart for his “shamelessly romantic and deeply sophisticated” sensibility. Those two qualities are usually paradoxical, but when they aren’t, it is magic. That contradiction is apparent in this memoir and what makes it so enchanting. Wishart discusses his art, bisexuality, and art-world friendships (with Peggy Guggenheim, Francis Bacon, and Lucien Freud). The highlight is the chapter on the ill-fated male courtesan Denham Fouts, who would become the basis for characters in novels by Gore Vidal, Truman Capote, and Christian Isherwood. After Fouts, Wishart married the heiress Anne Dunn, who bore him a son around the time they divorced. He then became involved with a young Nicky Haslam, who is the romantic bookend to Fouts in the book. Haslam, now a lively octogenarian, is a much-celebrated man-of-the-world and decorator-about-town in London who wrote about Wishart in his own memoir, Redeeming Features, in 2009.

“The following evening, at dusk, we were awoken by Denham’s maid, who appeared with a tray, on which were a bowl of cereals, brioches, coffee, calvados and the Herald Tribune. Denham [Fouts] said, ‘I detest the morning.’ (It was 6.00 pm.)”