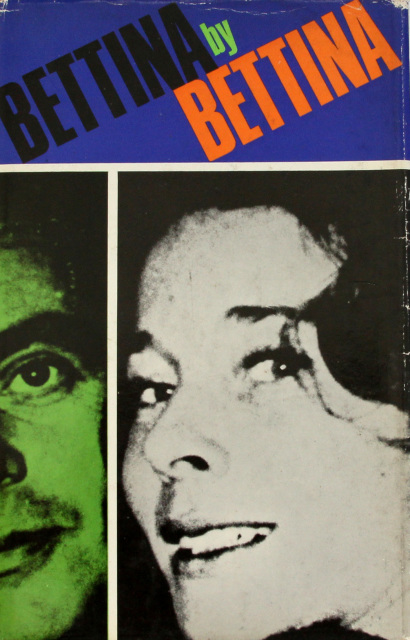 The French model Bettina had three glamorous perches from which to observe the mid-20th Century. She modeled for Jacques Fath and later went to work for Givenchy, who named his first collection after her. She was also the longtime girlfriend of the playboy prince Aly Khan, whom she calls “the most intensely alive of all mortals.” This memoir reveals all, including the tragic car accident in which Aly lost his life but she escaped with minor injuries. There was never an American edition, and the English edition is uncommon.