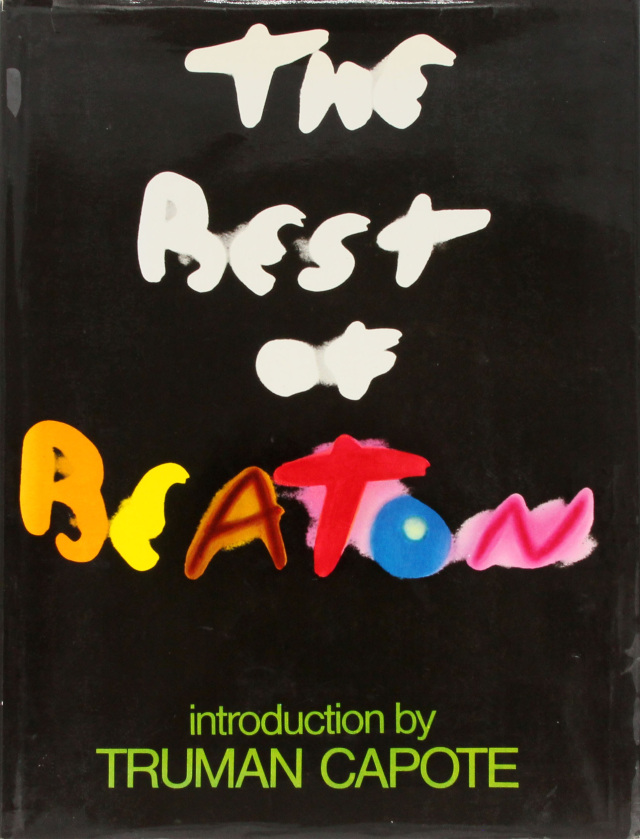 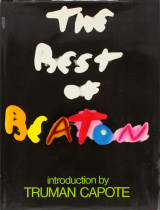 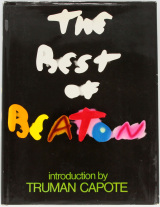 The Best of Beaton

Beaton, Cecil. The Best of Beaton. First American Edition. 1968. Book and dust jacket are both in very good condition. The dust jacket for this title rarely wears well; this is copy a pleasant exception. It is in near-perfect condition. Introduction by Truman Capote.

This survey of Cecil Beaton’s work could as easily be called "Cecil Beaton and His World" or "Cecil Beaton and His Circle." The book encompasses Beaton’s fashion and wartime photography, and also his portraiture. For portrait work, it is the best resource. The subjects are a Who’s Who of the middle part of the last century. For a mid-20th Century personality of the first rank, not to be included in this book is tantamount to being excluded from Truman Capote’s Black and White Ball or the various fêtes hosted by Guy and Marie-Hélène de Rothschild.

“One of the immediately striking things about Beaton’s personal behaviour is the manner in which he creates an illusion of time-without-end. Though he is apparently always under the pressure of a disheartening schedule, one would never suppose he wasn’t a gentleman of almost tropical leisure.”

--The Best of Beaton