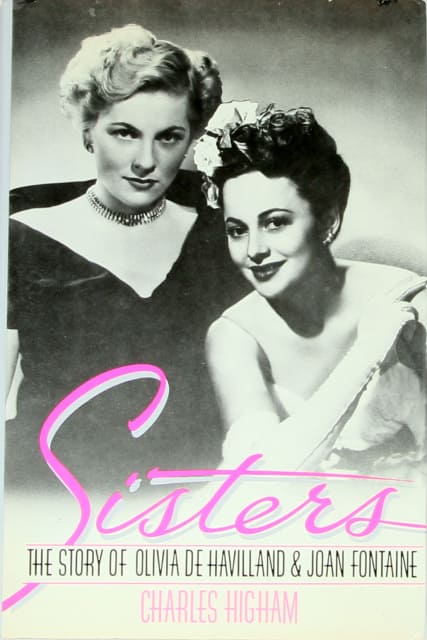 This book will hopefully not be the last word on the epic feud between Hollywood sisters Olivia de Havilland and Joan Fontaine, but, at present, it is the best. Higham, an expert on film, also excels at playing armchair psychologist. He skillfully portrays the warped family dynamics that brought about sibling discord, which endured nearly one century. However, never has a feud been so star-studded, and the book covers the sisters as they travel between Los Angeles, New York, and Paris, competing with each other for Academy Awards, and having love affairs with some of the most celebrated men of their era.

“It is unlikely that Joan and Olivia will ever talk to each other again; when both turned up at the fiftieth anniversary of the Academy Awards in 1979, they had to be placed at opposite ends of the stage; and when they ran into each other in the corridor of the Beverly Hills Hotel, they marched past each other without a word.”

For more on this book, check out this Nick Harvill Libraries blog post.