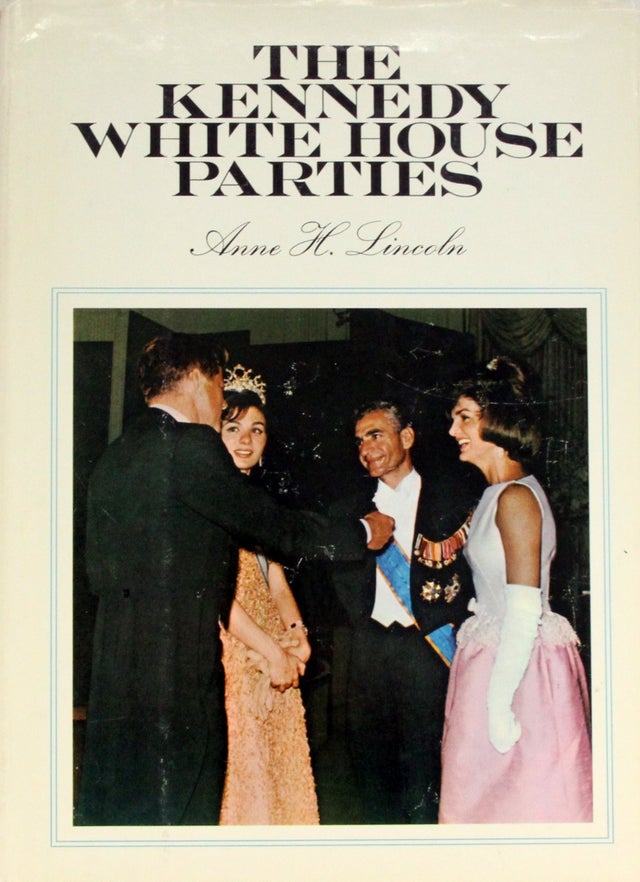 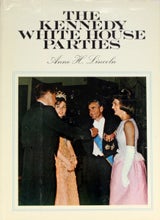 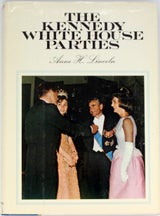 [Signed by Jacqueline Kennedy to Margot Fonteyn] Lincoln, Anne. H. The Kennedy White House Parties. First Edition. 1967. Book is in very good condition; dust jacket is in very good minus condition—one page has come lose from binding, and jacket shows a repaired tear to the upper left front cover, rubbing, and mild discoloration. Book is warmly inscribed, “For Margot on her birthday—with memories of the days when we hoped you would dance at one of these—under the crystal chandeliers—and with all my love for all you have been to us in the days since then—Jackie, May 18, 1968.” Introduction by Pierre Salinger.

In that baby-doll whisper of hers, First Lady Jacqueline Kennedy might have spoken softly, but unlike Teddy Roosevelt, she did not require a big stick. Instead, she possessed an even greater power—allure, which she used to advance the cultural and political objectives of the United States.  Even though Camelot was but a myth, it was a myth that told the told a greater truth. That is in evidence in this book of photograph and recollections of the Kennedy state dinners, cocktail parties, and entertainments. One such event on the drawing board when Camelot abruptly ended with JFK’s assassination was a White House performance by the sensational ballet partnership of that era, Rudolf Nureyev and Margot Fonteyn. It is what Kennedy alludes to in the inscription to this copy. On May 18, 1968, the date Kennedy signed it, she was not yet married to Aristotle Onassis, but she was his guest, cruising the Caribbean aboard the Christina. Onassis was courting her and had proposed marriage. There was only one other guest aboard whose purpose was to throw the tabloid press off the scent. That was Joan Thring, personal assistant to Rudolf Nureyev. It is likely that after signing the book, Kennedy gave it to Thring to pass on to Fonteyn when, at the conclusion of the cruise, Thring would return to Nureyev in London.

“Together [President and Mrs. Kennedy] returned the White House to the eminent cultural and intellectual position it occupied in its early days.”