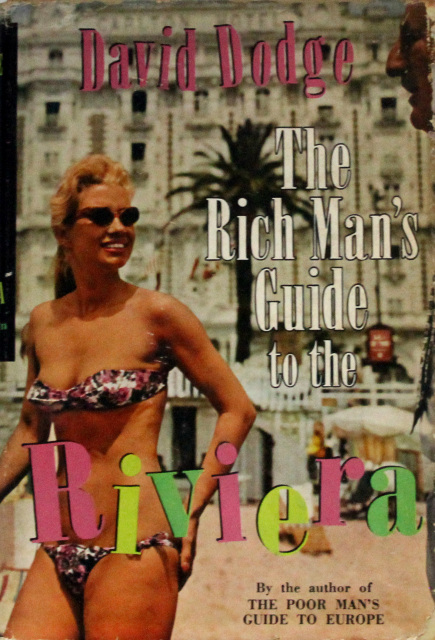 The Rich Man's Guide to the Riviera

Dodge, David. The Rich Man's Guide to the Riviera. First Edition. 1962. Book is in very good condition; dust jacket is in very good minus condition: jacket shows a tiny chip to the lower right front cover and rubbing to the back cover.

Who better to write this amusing survey of the French Riviera than David Dodge? He was, after all, the man responsible for turning an American film star into Princess Grace of Monaco. He wrote the novel To Catch a Thief upon which the Hitchcock film was based. It was, of course, the vehicle that first brought Grace to Monaco. In this book, he covers the international celebrities, the famous festival, and other factors that both made this region the epicenter of jet set glamour.

“Professional playboys can be grouped in three categories, those of the blood royal, commoners and an intermediate group bearing diplomatic passports.”