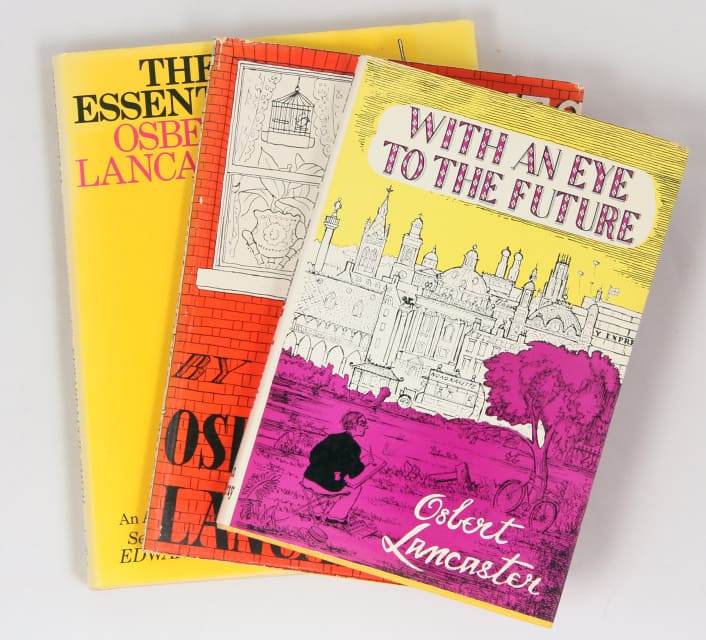 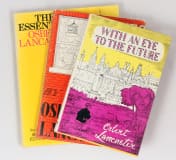 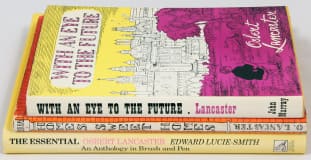 Osbert Lancaster, Set of 3. Hardcovers with dust jacket all in very good condition. All three are English Editions (no American Editions published).

The Essential Osbert Lancaster, An Anthology in Brush and Pen. First Edition. 1988. The world does not know what to do with people who are multi-talented: they are too difficult to categorize. Osbert Lancaster was such a person. This book is a collection of his cartoons, illustrations, dust jackets, and travelogues. The highlight is his illustrated article, “Keys to Understanding the English,” (originally published in 1948 in the New York Times). It is as biting and witty as Nancy Mitford’s Noblesse Oblige, but with superb comic illustration.

Homes Sweet Homes. Later Printing. 1948. As the great Osbert Lancaster cleverly points out in this informative but fun book on English decorating styles, “home” is only one letter away from “homely,” and sometimes the two coincide. Lancaster derides the Victorians and the Louis followers and even satirizes the styles with which he finds himself to be more in sympathy (Georgian and Regency for example). He begins with William the Conqueror and continues to recent times. Each style is accompanied by an amusing full-page b & w drawing (also by Lancaster).

With an Eye to the Future. First Edition. 1967. Osbert Lancaster recalls his youth and the fascinating era in which it was enveloped—the period between the two world wars. With wit and the clarity of hindsight, he writes about not only himself but also the upper middle class English world that was his milieu. Includes illustration (also by Lancaster).