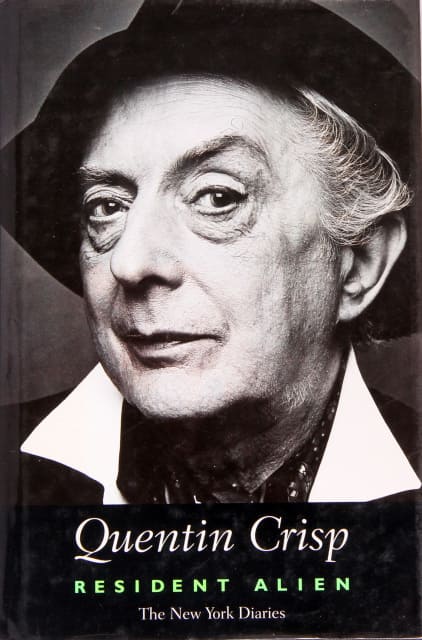 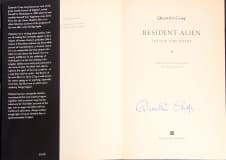 SKU:
$100.00
$100.00
Unavailable
per item
[Signed] Crisp, Quentin. Resident Alien, The New York Diaries. First English Edition. 1996. Book is in very good minus condition; and dust jacket is in very good condition—there is a discreet reminder mark to the upper page edge near the spine. Book is signed “Quentin Crisp” in blue pen on the title page.

As Quentin Crisp admits, he left England for New York City at an age “when most people decide to go into a nursing home.” The reward is that his adventures are more thrilling than shuffleboard games or bridge tournaments. Crisp pushes no agenda other than good manners and humor as he writes about playing Queen Elizabeth I in a film adaptation of Orlando, touring America to promote the documentary Resident Alien, and finding himself one of those famous-for-being famous New Yorkers invited everywhere.
“Charm has little to do with being handsome; it lies in a subtle willingness to please without groveling, combined with the ability to make decisions without a hint of tyranny.”
--Quentin Crisp