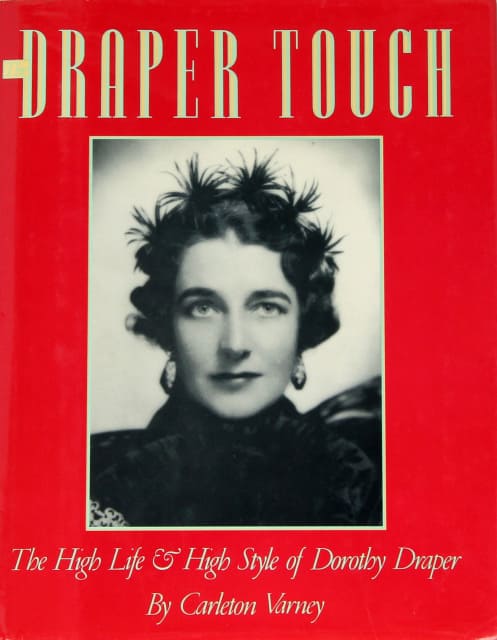 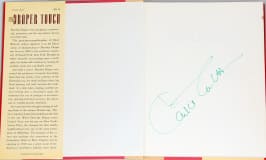 SKU:
$85.00
$85.00
Unavailable
per item
[Signed] Varney, Carleton. The Draper Touch. The Life & High Style of Dorothy Draper. First Edition. 1988. Book and dust jacket are both in very good condition—minor staining to a few pages. Book is signed “Carleton Varney” on the flyleaf.

Written by Draper’s protégé and design partner Carleton Varney, this is an insider biography of the legendary mid-20th Century designer. It includes detailed accounts of her famous projects, such as the Greenbrier Hotel, the Quitandinha Casino in Brazil, and the Dorotheum Cafeteria at the Metropolitan Museum of Art. Varney also includes an account of her cryptic (and humorous) response to Frank Lloyd Wright when he publicly called her an “inferior desecrator” at an American Institute of Decorators dinner at which both were in attendance. [For more detail about the Frank Lloyd Wright/Dorothy Draper "feud," go here.]
“Draper was never one to venture into the avant-garde. She was the rear guard. Her favorite period was the Eighteenth Century.”
--Carleton Varney