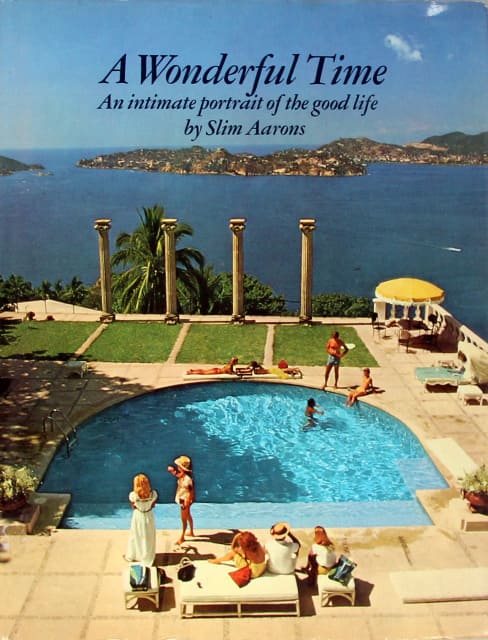 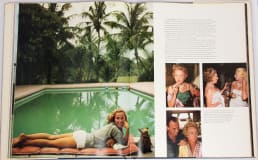 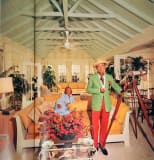 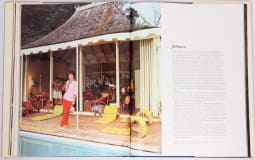 SKU:
$675.00
$675.00
Unavailable
per item
Aarons, Slim. A Wonderful Time, An Intimate Portrait of the Good Life. First Edition. 1974. Book and dust jacket are both in very good condition—jacket shows minor edgewear and a trace of bubbling to the front cover.

This now classic folio-size compilation of photographs by the Town & Country lensman is on the New York Times list of most-coveted design books. The images depict society at play in New York, East Hampton, San Francisco, Palm Beach, Aspen, Los Angeles, Hobe Sound, etc. The era is the late 1950s to the early 1970s, and yes, everyone does seem to be having a wonderful time. This book has had a second life, becoming in-demand on the out-of-print book market. Publishers took notice, and in the last decade have released sequels, though none matches the original in terms of size or appeal.
“Bill and Babe Paley came to Round Hill (then the new spot), Montego Bay, so that Bill could get away from the pressures of his job as head of Columbia Broadcasting System. (I think Bill is really a frustrated photographer and would rather have my job.)”