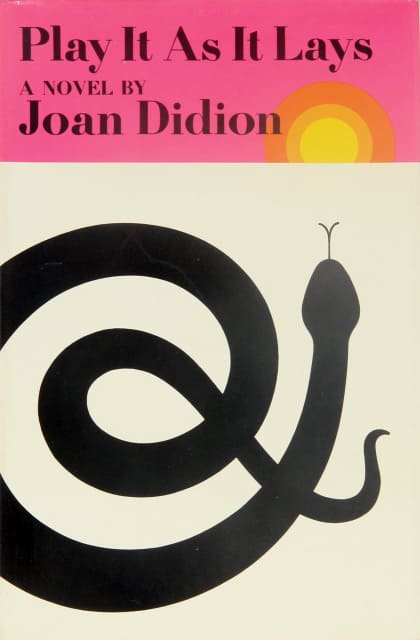 Joan Didion, Play It as It Lays

SKU:
$75.00
$75.00
Unavailable
per item
Didion, Joan. Play It as It Lays. First Edition. 1970. Book is in very good minus condition; dust jacket is in very good condition—previous owner’s bookplate is attached to the flyleaf.

This haunting novel was a National Book Award nominee and has held up well as an archetypal Hollywood story.  By the 1970s, Southern California had already begun its dalliance with Eastern Thought and the idea of letting go of the ego. However, what if nothingness comes without enlightenment? The main character is a Hollywood wife who has anesthetized herself to all emotion and goes forward only by means of the least painful route possible. Didion offers no redemption, no moral, and no solution. If only as a placebo, materialistic self-indulgence seems the healthier alternative.
“Only people in trouble came unannounced to see their agents. If [her agent] thought she carried trouble he would avoid her, because trouble was something no one in the city liked to be near.”
--Joan Didion