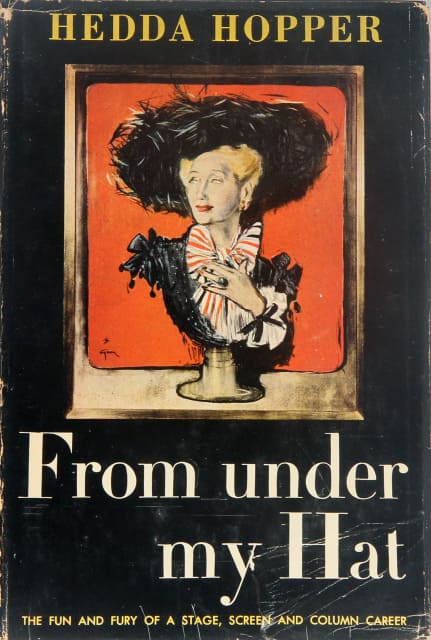 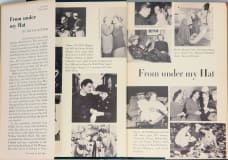 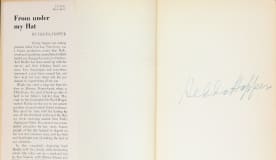 From Under My Hat, Signed by Hedda Hopper

SKU:
$100.00
$100.00
Unavailable
per item
[Signed] Hopper, Hedda. From Under My Hat. First Edition. 1952. Book is in very good condition; dust jacket is in good plus condition—there is repaired tear to the front cover. Book is signed “Hedda Hopper.”

Nearly as famous for her flamboyant hats as she was for her outrageous gossip columns (hence the title of this book), Hedda Hopper’s pen truly was mightier than any sword. Her tyranny in Golden Age Hollywood was only checked by her archrival Louella Parsons. In this memoir, she offers even more dish than that served in her columns. Full of one-liners and inside scoop, she treads lightly over friends but harshly over those whom she disliked, such as Charlie Chaplin. Includes cameos by many, both in and out of the film industry (such as Winston Churchill whom Hopper finds in Marion Davies’ dressing room sipping tea).
“Two of the cruelest, most primitive punishments our town deals out to those who fall from favor are the empty mailbox and the silent telephone.”
--Hedda Hopper