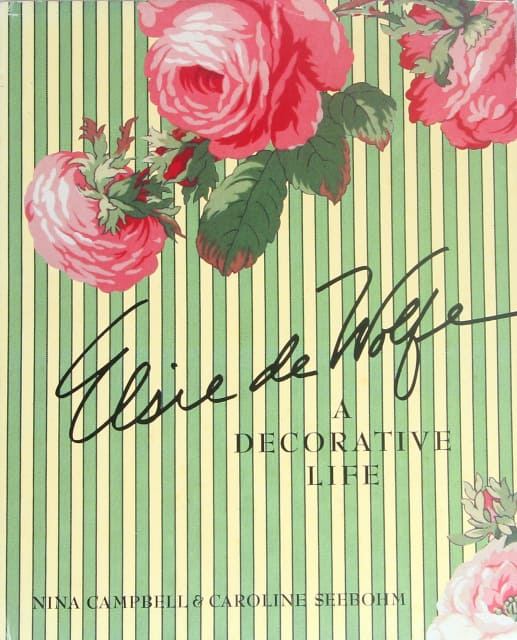 Elsie de Wolfe was one of the great tastemakers of the last century. She is credited with inventing the career of the modern interior decorator. Not everyone agrees, but it is certainly true that she was the first in the profession to recognize the enormous advantage of self-promotion. That does not diminish the quality of her work, however. This illustrated book, which is something between a monograph and a biography, provides the highlights of her career, covering projects in New York, France, and Hollywood.
“One of [Elsie de Wolfe’s] needlepoint cushions was embroidered ‘Who rides a tiger can never descend.’ . . . Elsie is doubtless somewhere still riding her tiger, clutching her favorite poodle, all the while making furious suggestions about the redecoration of paradise.”
--Nina Campbell