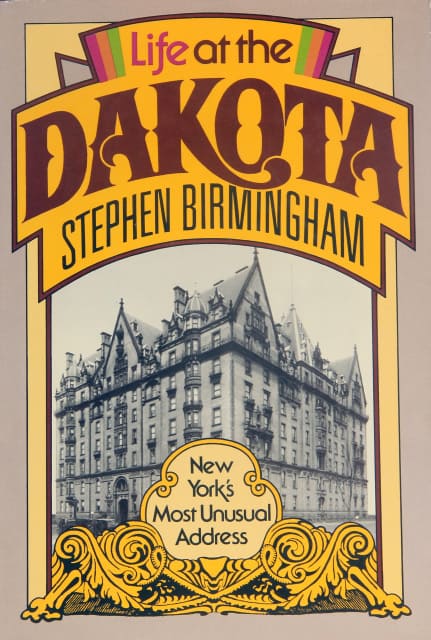 Life at the Dakota, New York’s Most Unusual Address

SKU:
$75.00
$75.00
Unavailable
per item
[Signed] Birmingham, Stephen. Life at the Dakota, New York’s Most Unusual Address. First Edition. 1979. Book and dust jacket are both in very good condition. Book is signed “Stephen Birmingham” on the flyleaf.

The story of an apartment building can become bloated with estimated values and purchase prices. Such information, unlike the Dakota, rarely ages well. Happily this is one of social historian Stephen Birmingham’s best books. With nary a dollar sign to be found, the focus is on the eccentricity of the building, both as to its architecture and residents. Great stories abound, including one in which a socialite orders her butler to haul a neighbor back to his own apartment after he has shown the bad taste to die in hers.
“Here at the Dakota, we’re like kids at a summer camp.”
--Mrs. Henry Blanchard