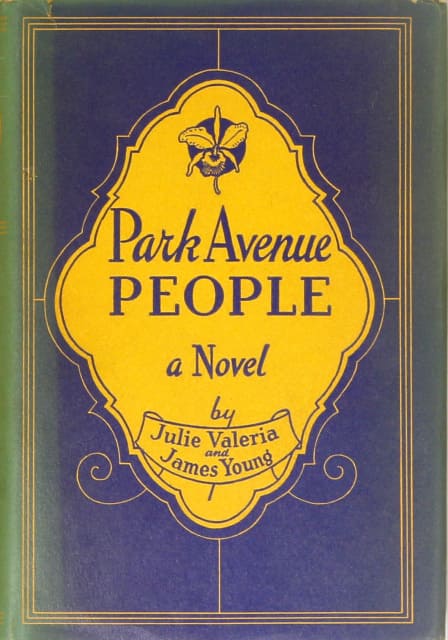 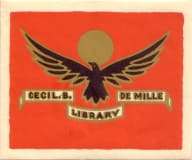 SKU:
$275.00
$275.00
Unavailable
per item
[Ex Libris Cecil B. DeMille] Valeria, Julie. Park Avenue People. First Edition. 1934. Book and dust jacket are both in very good condition—jacket spine has faded. Book is signed by its co-author. DeMille’s bookplate is attached to the flyleaf. Laid in is a program for a dance performance the author gave at New York’s Plaza Hotel.

Considering that both the author and this novel disappeared without a trace shortly after publication, it is surprising how enjoyable this book is to read. Particularly hilarious is Mrs. Brown, a churlish parvenu who steals every chapter in which she appears, which is most. The heroine is less interesting but clearly modeled upon the author. “The Dying Swan” is in the dance repertoire of both. A Cecil B. DeMille character also makes an appearance, attending one of the heroine’s performances (and the laid-in dance program suggests he actually did).
“If an artist desires to create a beautiful picture he employs a mixture of colors. So it is with people.”
--Julie Valeria
Sold Out
Add to Cart