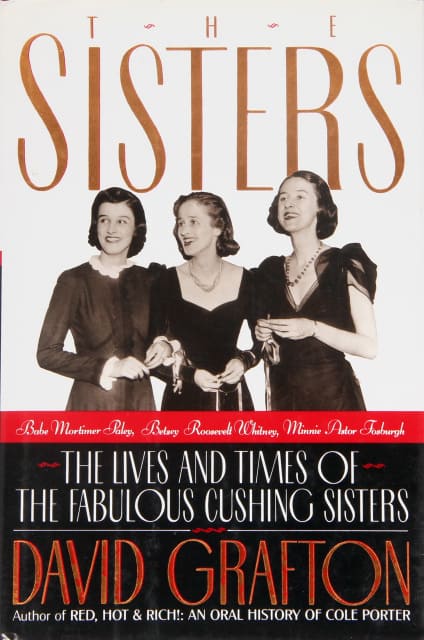 Grafton, David. The Sisters, The Lives and Times of the Fabulous Cushing Sisters.  First Edition. 1992. Book and dust jacket are both in very good condition.

Social ambition does not always end unhappily. Consider the example of Gogsie Cushing who plotted to see her daughters happily wedded to the richest men in the nation and died believing she had succeeded. This biography covers the marriages and legends of Minnie, Betsy, and Babe Cushing who each married twice and whose grooms included Astors, Roosevelts, Mortimers, and Whitneys. The book suffers from a lack of source material (virtually no letters), but the plot moves swiftly along to its very public denouement with the disastrous ruin of family friend Truman Capote in a scandal that shook New York society to its foundations.

“Babe’s social and economic status was perhaps the hook that helped her form her numerous friendships, but it was her caring and generous nature that kept them.”