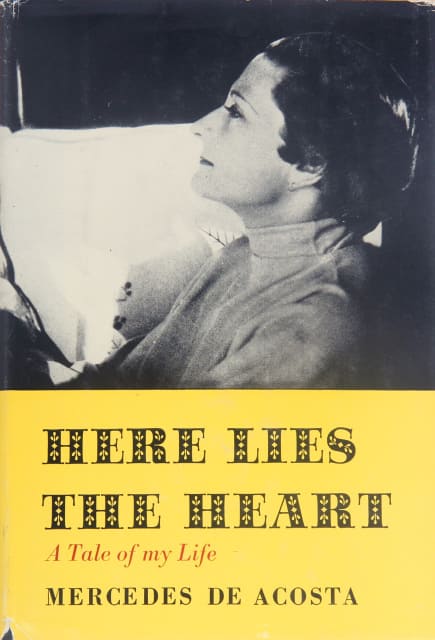 Mercedes de Acosta, the sister of Rita Lydig, was a deeply passionate, highly fatalistic romantic. Alas, she was way too intense for story to end happily. Though a gifted writer, her name endures as Hollywood’s notorious lesbian consort. Only MGM rivaled her in terms of stable of actresses. Greta Garbo, Marlene Dietrich, Eva Le Gallienne, Alla Nazimova, Tallulah Bankhead, and Isadora Duncan were among her conquests. This memoir was one of Hollywood’s first tell-alls, and it is also one of its best.

“Greta [Garbo] had a bright idea. She said she would like to play Dorian Grey [sic] and have me write the scenario. I said, ‘You go tell Irving [Thalberg] that idea and have him throw you out the window—not me!’ But she was right. At that time, she could have played this role brilliantly.”