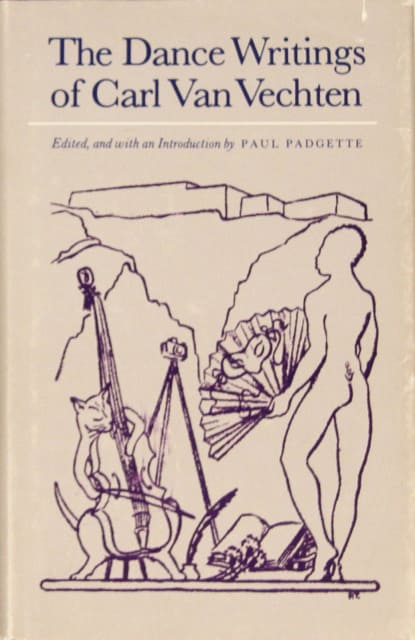 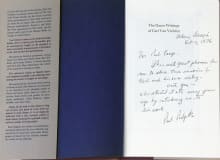 [Signed Presentation] Padgette, Paul (ed.). The Dance Writings of Carl Van Vechten. First Edition. 1974. Book and dust jacket are both in very good condition—jacket shows light fraying. Book is inscribed, “Athens, Georgia, Oct. 3, 1976, For Paul Camp, It is with great pleasure for me to share these memories of Carl and his own writing—with you—who started it all many years ago by introducing me to his work. Paul Padgette.”

Carl Van Vechten invented the career of modern dance critic in America when he began writing reviews on this subject for the New York Times. Given that it was the early years of the 20th Century, his timing was perfect. It was the era of Nijinsky and the Ballets-Russes, Anna Pavlova, and Isadora Duncan. It is thrilling to read his reviews as he experiences these performers for the first time.

“Carl Van Vechten is much like his Nineteenth Century predecessor, Théophile Gautier, at once storyteller, belle-lettrist and the major dance critic of his time.”