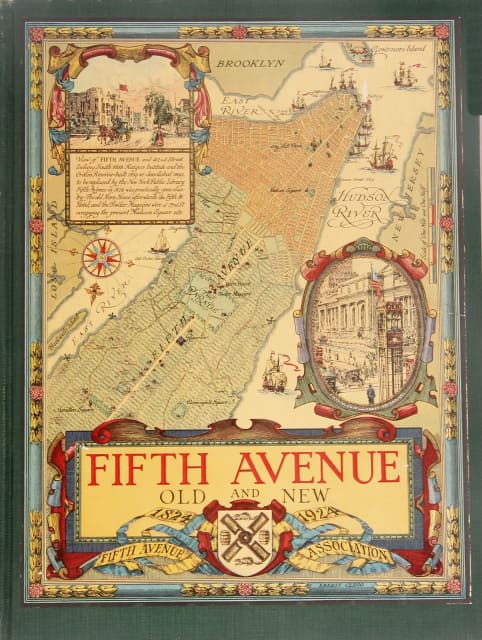 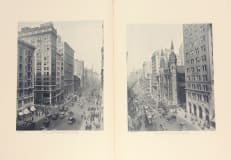 SKU:
$75.00
$75.00
Unavailable
per item
Brown, Henry Collins. Fifth Avenue Old and New, 1824-1924. First Edition. 1924. Hardcover in green cloth boards with pictorial pastedown on the front cover. It is in very good condition—light fraying to spine ends and an insignificant tear to the seam. Foreword by the Fifth Avenue Association.

It may come as a surprise, but, as this book shows, there was a Bloomingdales as far back as 1840 in what is now Midtown Manhattan. In fact, there is a photograph of it in this book. Only there was no makeup counter. It was a grand plantation-style home known as Bloomingdale Farm (think Tara from Gone with the Wind). That is only one of many curiosities in this book of text, maps, color and b & w plates, and photographs that depict the swift passage of time and explosive growth on Fifth Avenue during its first one hundred years.
“If there is a moral to be drawn from this shaping of the new Fifth Avenue, its planned beauty, its unequaled business and reality value, it is balance between art and industry, it is that every community is the builder of its own character and the creator of its own values.”
--Henry Collins Brown