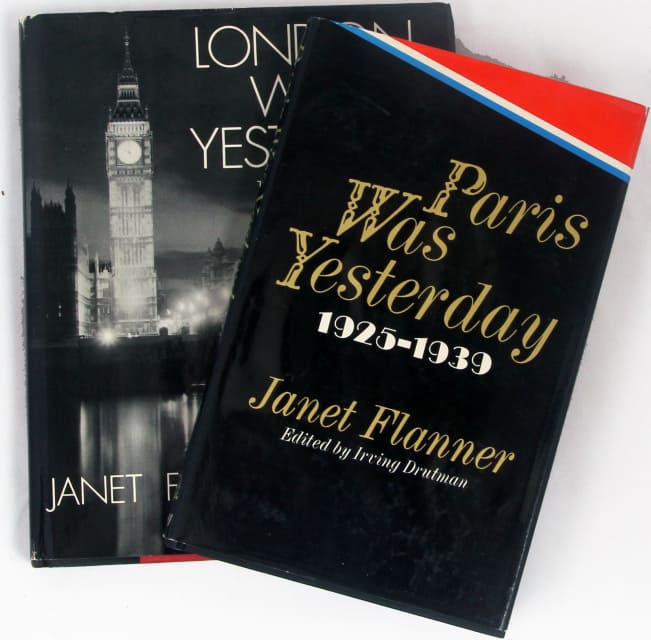 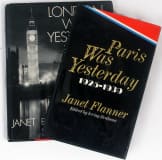 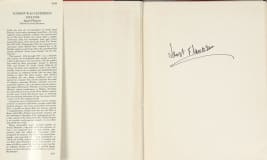 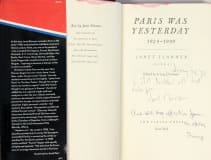 [Signed] Flanner, Janet. Paris and London Were Yesterday, Pair. Other than a water stain to the pages of Paris Was Yesterday, both books and their dust jackets are in very good condition. Both volumes are signed by Janet Flanner and edited by Irving Drutman. These volumes are collections of insider information and gossip that were published in the New Yorker as “Letters from . . .”

Paris Was Yesterday, 1925-1939. Seventh Printing. 1972. Book is inscribed to Bill Koshland by both Flanner and Drutman. A water stain affects an insignificant number of upper pages. London Was Yesterday, 1934-1939. Book is signed “Janet Flanner” on the flyleaf.

“The best thing about the English theatre is the English critics. What they write against a play is unfortunately usually better than what the author wrote for it.”