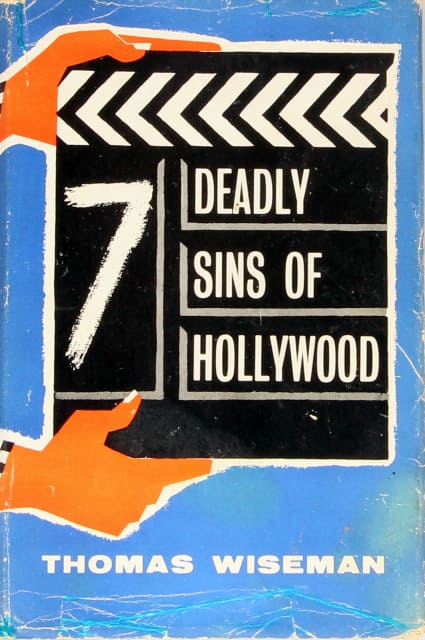 The Seven Deadly Sins of Hollywood

Wiseman, Thomas. The Seven Deadly Sins of Hollywood. First Edition. 1957. Book is in very good condition; dust jacket is in good condition—jacket shows significant fraying that has been disguised with a marker.

Even a great wit like Oscar Wilde would be impressed by the frequency and brilliance of the aphorism in this book from the entertainment columnist for the London Evening Standard. He spent six weeks in Los Angeles in the winter of 1956 and returned to London with some startling conclusions. Expecting decadence, he found a company town, which he affectionately but hilariously lampoons in this book. “I felt as if I had set out for cannibal territory only to find that the natives are all vegetarians,” he writes. Fun.

“The casting couch is no longer the joke and symbol of Hollywood way of life; it has been superseded by the psychiatrist’s couch.”