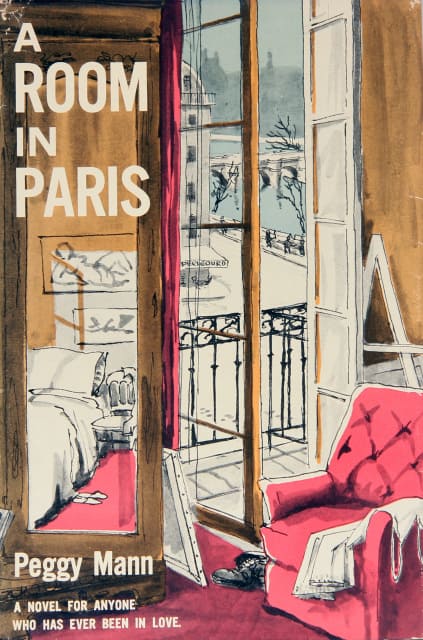 Peggy Mann, A Room in Paris

SKU:
$75.00
$75.00
Unavailable
per item
Mann, Peggy. A Room in Paris. First Edition. 1955. Book and dust jacket are both in very good condition—there are a occasional minor stains to the pages, and jacket shows minor fraying.

Though this is a novel, there was actually a room in Paris. It was on the sixth floor of the Hotel d’Albe. It was where the author, the prolific Peggy Mann, lived when she wrote the manuscript for the book. She features the hotel prominently in this quintessential midcentury story in which American expatriates find romance and Bohemia on the Left Bank. Unlike her characters, the author did not achieve lasting love in Paris. She met her husband one day after she departed, on a ferry crossing to England.
“If you’re poor, you come to the Deux Magots and make believe it’s great to be poor. Or, it’s great to be queer. Or it’s great to be whatever you are that you’re ashamed of being.”
--Peggy Mann