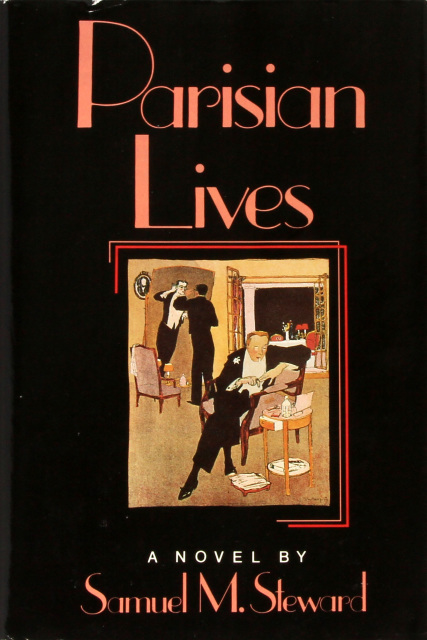 [Signed} Steward, Samuel M. Parisian Lives. First Edition. 1984. Book is in very good condition; dust jacket is in very good minus condition—jacket shows light fraying. This copy is inscribed on the flyleaf, "For Ned, with best wishes, Sam Steward." The Ned to whom is was inscribed was Edward Jordan of the Walt Whitman Archive.

Saying Life by Sir Francis Rose is one of the most extraordinary memoirs of the 20th Century, albeit not necessarily the most reliable. This roman à clef, with a barely disguised Francis Rose as the central character, offers another perspective, with strong supporting roles by Gertrude Stein and Alice B. Toklas in which they appear as themselves. Most of the events depicted actually occurred, including how the author and Rose met a Bilignin, Stein and Toklas’s country home. [Of course, Samuel Steward’s life was nearly as outlandish as Sir Francis’s but that it is another story.]

“The privileges of beauty are enormous. By its mysterious alchemy the truck driver becomes king, the delivery boy an emperor.”