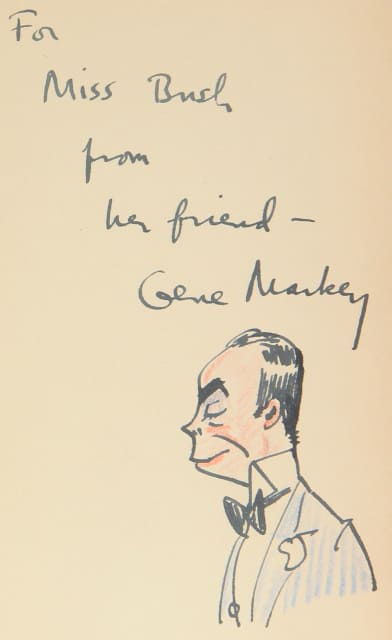 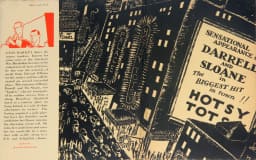 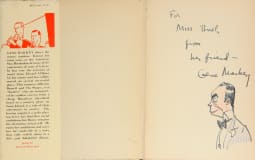 SKU:
$325.00
$325.00
Unavailable
per item
[Signed, Original Drawing] Markey, Gene. Stepping High. First Edition. 1929. Book is in very good minus condition; dust jacket is in good plus condition—jacket shows fraying and small edge tears. Book is inscribed, “For Miss Bush, from her friend Gene Markey.” Below his signature, Markey has sketched a portrait of himself in color.

Novelist and screenwriter Gene Markey might not have been the most handsome man in Hollywood, but, romantically, he was one of its great success stories. He wed and divorced three glamorous actresses—Joan Bennett, Hedy Lamarr, and Myrna Loy. Loy said of him, “He could make a scrubwoman think she was a queen.” This jazz age novel concerns showbiz types attempting to make it in Long Island society.
“That’s the trouble with you American husbands—you’re so kind to your wives that they lose interest in you.”
--Gene Markey