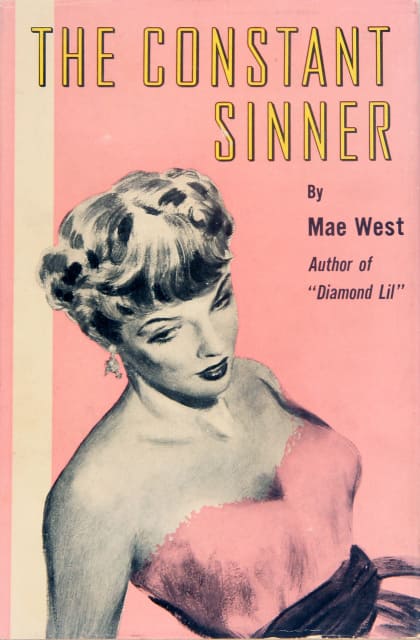 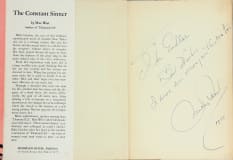 SKU:
$225.00
$225.00
Unavailable
per item
[Signed] West, Mae. The Constant Sinner. First Edition Thus. 1949. Book and dust jacket are both in very good condition—jacket shows minor pen mark to spine. It is inscribed on the flyleaf, “To Ida Eudler, Best Wishes, I done em wrong in this one too, Mae West, 1955.”

A bestseller when it was first released as Babe Gordon in 1930, this book was adapted for Broadway as The Constant Sinner. This edition retained the theatrical title. Set in the Harlem Renaissance, the heroine is a call girl only because she enjoys sex. She also engages in an interracial love affair at a time when it was still illegal in many states. As the plot unfolds, it becomes evident pleasure, not social justice was her motivation, and she betrays him terribly, proving herself to be equal opportunity when it comes to doing men wrong.
“Babe was born a femme amoureuse. Her idea was that if a man can have as many women as he wants, there is no reason why a woman should not do the same thing.”
--Mae West