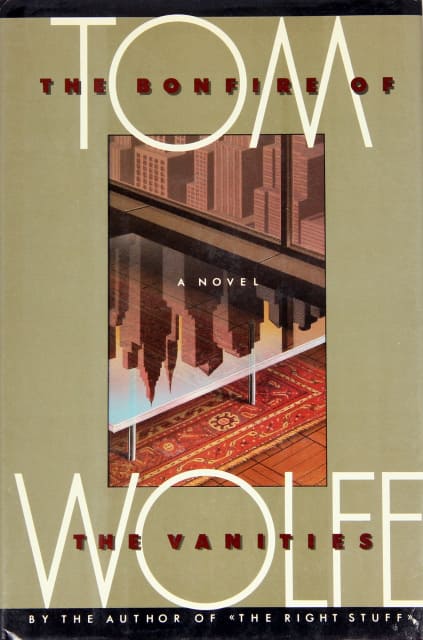 The Bonfire of the Vanities, Signed by Tom Wolfe

An epic novel has difficulty capturing the zeitgeist, because of its very nature. It requires a long gestation, and by that time, the zeitgeist has typically moved on. A glorious exception is this book, Tom Wolfe’s first (and best), a six hundred fifty-page dramatization of the excesses of 1980s Wall Street, perfectly timed for the 1987 crash. Despite its length, it is a fast read, because the plot moves at a rapid clip, lampooning not only the world of finance but also the “social X-rays” of Park Avenue, the demagoguery of Al Sharpton, and the sensationalism of the New York tabloids.
“There it was, the Rome, the Paris, the London of the twentieth century, the city of ambition, the dense magnetic rock, the irresistible destination of all those who insist on being where things are happening.”
--Tom Wolfe