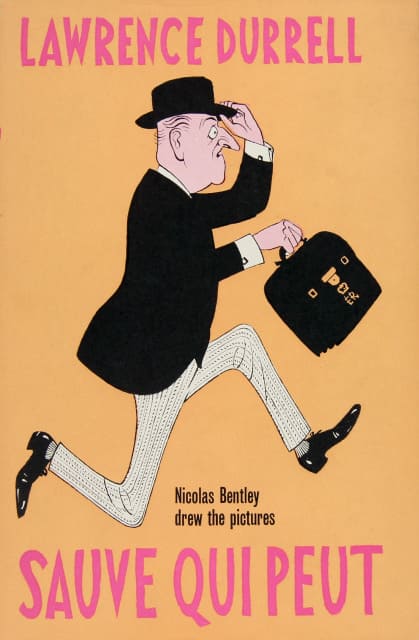 Critically acclaimed for The Alexandria Quartet, Lawrence Durrell is a serious English novelist. He possessed a lighter side, however. The key to exploring this side of Durrell is his Antrobus series, comical stories about life in the British diplomatic corps. This book is the third installment in the Antrobus novels. It is a collection of loosely connected short stories. Each story is accompanied by a full-page b & w drawing by Nicholas Bentley who also illustrated T.S. Eliot’s Old Possum’s Book of Practical Cats.
“The more you see of life the less real it gets.”
--Lawrence Durrell