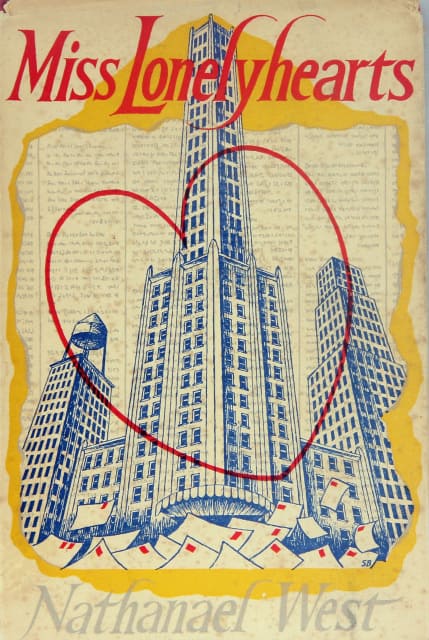 One of the classics of 20th Century literature, this black comedy concerns the disillusionment of an unnamed male advice columnist for a big city newspaper. Referred to only by the name of his column, “Miss Lonelyhearts,” his job is to create good copy from the letters he receives from the newspaper’s most sad and pathetic readers. An interesting story, however, comes with a price, and their desperation becomes his.
“Miss Lonelyhearts, my friend, I advise you to give your readers stones. When they ask for bread, don’t give them crackers as does the Church, and don’t like the State, tell them to eat cake. Explain that man can’t live by bread alone and give them stones.”
--Nathanael West