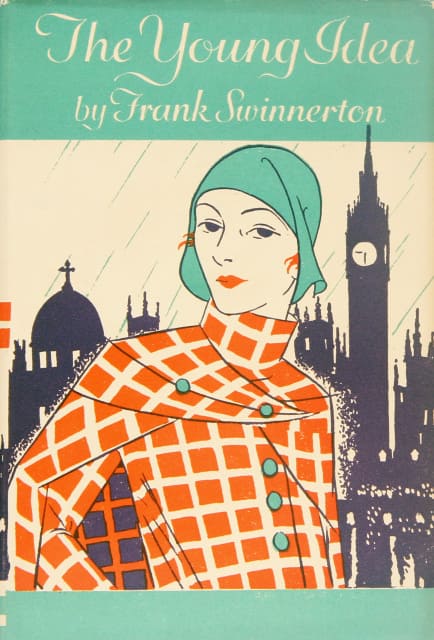 This Bildungsroman of a young Londoner and her quest for happiness and love was first published in England in 1910. It did not make it across the Atlantic until this edition in 1930, but in the intervening twenty years, the book’s themes of youthful rebellion and the intuitive wisdom of the young were much more in vogue than they had been in 1910.  In fact, there is a prescient quality to the story—it could easily have transpired in the late 1920s. Morris of Paris evidently concurred. His dust jacket art was clearly inspired by Chanel, not Worth.
“Contentment is an evil thing. It saps one’s moral courage. Half the miseries of the world are due to the contentment of the majority.”
--Frank Swinnerton